Members of Working Groups, like all GHI members, do not represent their employers.
Membership is individual and contributions to GHI are based on the scientific conscience of the members. 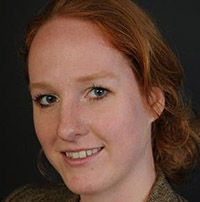 The mission of the Food Safety in Relation to Religious Dietary Laws Working Group (WG) is to strive for evidence-based and rational harmonization of food safety regulations and legislation relevant to religious food and drink production. Globally harmonized food safety regulations will make it possible to better ensure that foods produced according to religious dietary laws meet the necessary criteria and are truthfully marketed to consumers.

In many societies, religion plays one of the most important roles in food choice. Most religions have their own religious dietary laws and forbid certain foods (e.g., pork and meat that is not ritually slaughtered in Judaism and Islam, and pork and beef in Hinduism and Buddhism). Due to migration and globalization, our food patterns have changed. In the past, religious practitioners who migrated to countries without religious dietary laws adjusted their food patterns to the local food pattern or to others similar to their own dietary laws simply because there were no such foods available.

Today, religious practitioners have access to a greater range of religious food products originating from all over the world. However, the producers of these religious foods either may not practice the same religion or do not practice a religion at all, which may cause problems in the implementation of religious dietary laws. In addition, there is a lack of regulation of religious dietary foods in many countries, as well as a number of certification agencies for some types of foods (e.g. in France, there are more than 50 certification bodies for Halal-labeled products), most with differing protocols. Lack of regulation and legislation also may cause difficulties in the import and export of such foods, causing difficulties in supply chain control and marketing claims.

The Food Safety in Relation to Religious Dietary Laws WG plans to develop a white paper to stimulate worldwide agreement on religious dietary laws within the framework of existing international food safety laws and regulations to:

Dates, times and locations to be announced.

If you have suggestions or are interested in joining our efforts and contributing constructively to our Working Group, please contact the Working Group Chair or the Working Group Coordinator via email. Your request will be reviewed to ensure that your expertise is matched to this WG area of interest.

Only registered members of GHI are eligible to join its Working Groups. If you are not already a GHI member, click here to join our global community of scientists and experts. There is no fee to join GHI.