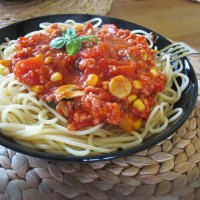 Abstract:
This webinar, hosted by the GHI Chemical Food Safety Working Group, explores specific issues of heat induced toxicants, oil oxidation products, and mycotoxins. Food chemical contamination is a general problem that arises either by natural means or through processing/heating of foods. Heating as a process for making food more safe and palatable can also cause problems especially if it is used excessively. During heat induced reactions carcinogenic compounds can be formed that comprise heterocyclic amines, acrylamide, and furans. Besides these reactions the oxidation in presence of light and heat of oils is possible which can also result in toxicologically relevant compounds. Another problem of food contamination is the omnipresence of filamentous fungi that can produce mycotoxins. The health implications range from practically no symptoms to severe poisoning and in some cases cancer development. In general, all the issues discussed are always present in our foods at lower or higher concentrations. This means that we have to cope with these compounds in every meal every day. Using appropriate measures, the exposure can be reduced and the risk minimized but these compounds cannot be eliminated from the food completely.

Abstract:
Although the food laws around the world try to minimize the health risk that is associated with the exposure to toxicologically compounds it is not possible to eliminate all these risks. Some of the compounds that contaminate our foods are naturally occurring (As, Pb, Cd, solanin, oxalic acid, lectins, cyanogenic glycosides, bacterial toxins, mycotoxins, algal toxins).
One group of toxic compounds arises from oil oxidation that is induced either by heating or sunlight in presence of oxygen. It is known from epidemiology that exposure to alimentary oxidized oil increases the risk of colon cancer. Recently, a mouse model was developed that proved that oxidized oil can lead to non-alcohol induced liver inflammation. A series of highly reactive compounds ranging from hydroperoxides, to epoxides, epidioxides, and carbonyl compounds are occurring in high concentrations in oxidized oils.
The only possibility to reduce the uptake of these oxidation products is to protect the oils. This can be achieved by storage of the highly unsaturated oils in the dark and avoid the presence of oxygen. Oleic acid is not as sensitive and saturated fatty acids are not prone to oxidation anyway.

Mycotoxins in the food chain: from aflatoxins to emerging contaminants

Prof. Dr. Doris Marko, Department of Food Chemistry and Toxicology at the University of Vienna, Austria

Abstract:
Since the discovery of aflatoxins in the 1960s, more than 300 fungal metabolites have been characterized as so-called „mycotoxins“. The respective structures are as diverse as the modes of action, comprising cytotoxic, genotoxic, immunomodulatory as well as endocrine disruptive compounds. In 1985, the FAO estimated that about 25% of the global food crop are contaminated with mycotoxins. Since then, global climate change has impacted the occurrence spectrum of respective fungi and, at the same time, improvement in analytics has enabled milestones in sensitivity. Nowadays, estimations speculate up to a contamination rate of 90%, at least in trace amounts. In addition to the few regulated mycotoxins such as aflatoxins or ochratoxin A, now numerous additional secondary metabolites can be detected. For most of these potentially „emerging“ mycotoxins data on occurrence and/or toxicity are not sufficient yet for comprehensive risk assessment. Moreover, recent studies demonstrate that mycotoxins are rarely found as single toxins but often occur in mixtures, thus further challenging risk characterisation. Thus, more than six decades after aflatoxin discovery, mycotoxins in the food chain is more than ever a highly relevant topic with respect to consumer´s safety.

Abstract:
Potentially toxic compounds (PTCs) are compounds formed during heating processes that exhibit potential harmful effects to humans. Among the several PTCs described in literature, acrylamide and furan are mainly formed through the Maillard Reaction (MR) in potatoes and cereal products. Modern science has shown that heating of meat and other protein-rich foods can generate various kinds of potentially hazardous compounds, some of which are genotoxic and carcinogenic. However, other toxic compounds formed during cooking of food such as furan, and a variety of MR Products and lipid oxidation products may also constitute an increased risk of cancer for consumers. The MR can be considered as one of the most important chemical reactions taking place during food processing. 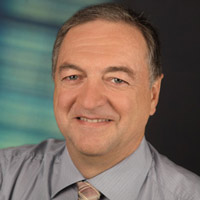 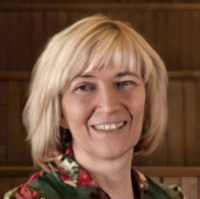 Prof. Dr. Doris Marko is Professor of Food Chemistry at the University of Vienna (Austria) and Head of the Department of Food Chemistry and Toxicology
With her respective dual educative background, Doris Marko, synergistically combines both fields, state-of-the-art analytics with toxicological/mechanistical approaches, to address pressing questions of consumer safety. Actual fields of research include the complex interaction of bioactive food constituents with potentially co-occurring contaminants or pharmaceutical drugs and novel strategies for risk assessment of chemical mixtures. 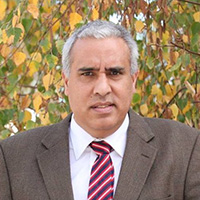 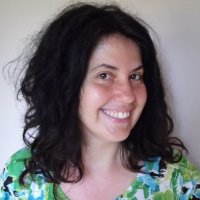 Dr. Diana Bogueva, GHI Working Groups Director is a social scientist with interests in sustainable food consumption, alternative proteins, consumer perception of novel food processing technologies and generational consumer behaviour, food sustainability and harmonization. Diana’s work has won three awards: the Australian National Best Book winner in 2019 and the World’s Best Book award 2020 in the Vegetarian book category at the prestigious 24th and 25th Gourmand Awards, considered equivalent to the Oscars in the area of food books, for her co-edited book ‘Environmental, Health and Business Opportunities in the New Meat Alternatives Market’. She also won the 2020 Faculty of Humanities Journal Article of the Year Award at Curtin University for their co-authored paper “Planetary Health and reduction in meat consumption”, which was at the top 5% of all world research outputs scored by Altmetrics. Diana is also a finalist in the 10th International Book Award at America’s Book Fair 2019 for her co-edited book ‘Handbook of Research on Social marketing and its influence on animal origin food product consumption’.